It has been several months since Path of Exile reached Xbox One. However, since the game has not been located in Spanish until a few weeks ago, there are players who have still enjoyed it. But now there is no excuse to stop trying one of the best role-playing games you can find, which is only available on Xbox One console and, this is the best, is a fair free to play. We give you some more detailed reasons why you should give Path of Exile a chance on your Xbox One if you have not done it yet. 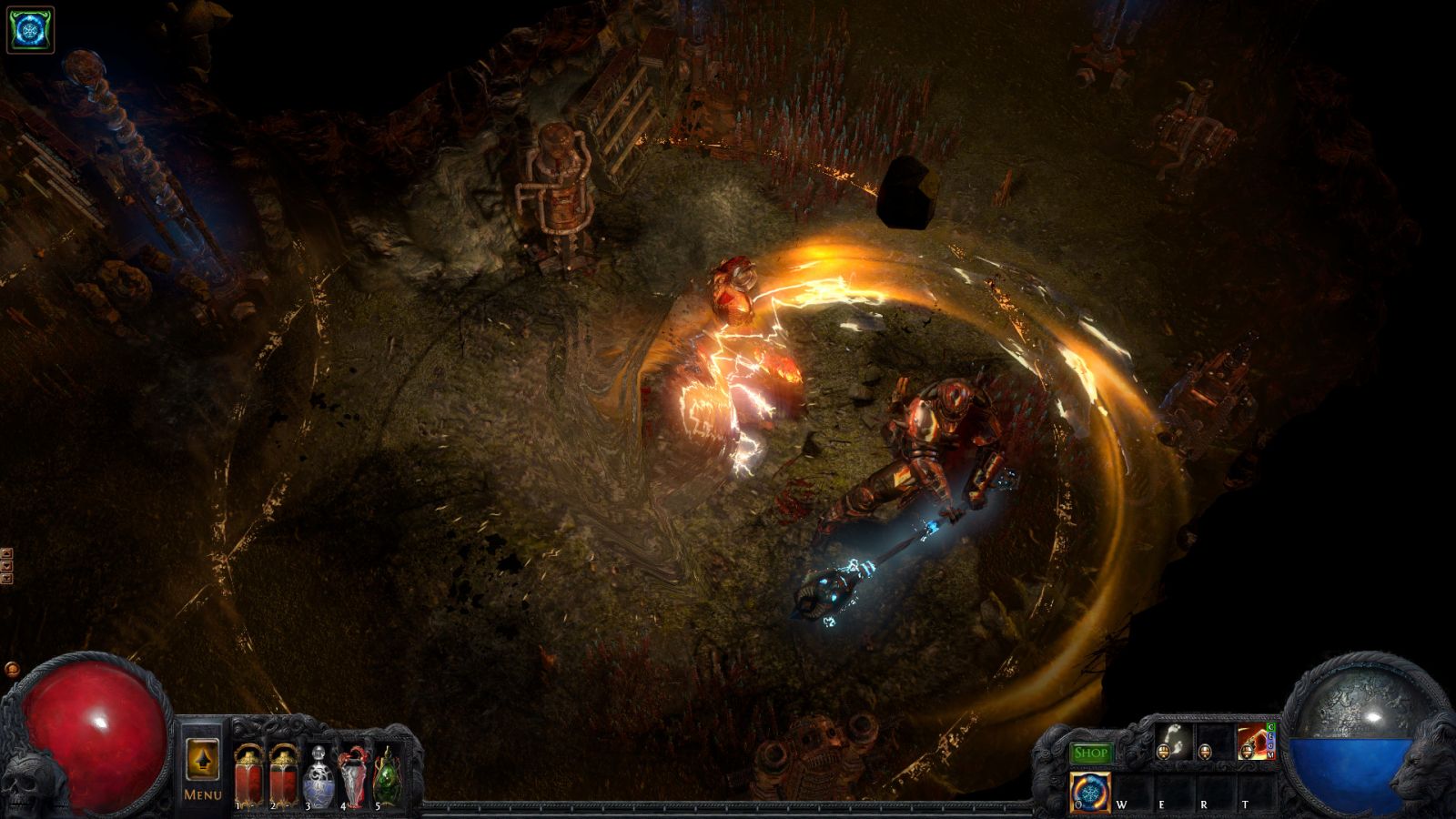 Gameplay Similar To Diablo But Original

If you like Diablo, and you are one of those who have dedicated a handful of hours to Diablo III, I'm sure you'll be attracted to the Path of Exile gameplay, since it's an action RPG very similar to the Blizzard game style, although with its own peculiarities. That is to say, exploration and looting are the fundamental elements of the gameplay while, with our character, we are destroying any enemy that puts us ahead. The control is important here, since the work done by Grinding Gear Games has been very good, and quite intuitively we can access up to 8 skills assigned to our character (which of course we will have to unlock little by little), and some more actions.

The downside, if you look for a good story, is that as in the case of Diablo, the plot does not have an important weight in the development of the game, nor the setting or design is very original, being what matters especially the action and the progressive development of our character. We currently have up to 7 characters, or classes, from which to choose to start playing. Each with its own style of combat, quite varied among themselves, and very deep, so it is worth trying those that most attract your attention before starting the game to which more hours you plan to dedicate.

The system of leagues allows us to create variations in our games with options such as permanent death, or a greater difficulty, making playing and repeating areas more satisfying when facing new challenges. Path of Exile also has some common areas, in the style of traditional MMOs, where we can meet other players and form groups to play. Which is the best way to continue developing and strengthening our characters.

No Abusive Micro-payments Or Limitations

Unlike most free to play games, in Path of Exile there is no type of limitation for players who have not paid. That is to say, the speed at which we can develop our character does not change, nor does the content to which we have access for free.

Where is the trap then? There really is no cheating about the monetization of Path of Exile, and micropayments are only meant for optional things. For example, skins for the greater personalization of our characters, a greater hollow of characters, or the possibility of being able to share a greater amount of objects among our characters. Things that fans of the game will really appreciate that they have spent a lot of time, but that are not unfair to the new player that is introduced now.

Are you excited to know the big update currently? It must be a pleasant journey. Just gather PoE items for sale on U4GM to start your wonderful experience. If you have difficulty in buying Path of Exile orbs, our 24/7 Live Chat will help you once you contact us. Have fun!

Not so long ago that Path of Exile has reached Xbox One, but the game already has a long journey on PC that has also been accompanied by success in terms of support from a community that has been quite faithful. This has also helped in Grinding Gear Games have been concerned to keep the game updated and up to date in terms of new content.

The last big update to arrive has been War of the Atlas, which is also available on Xbox One. That is why, if you had not played Path of Exile yet, this is another of the advantages to be taken into account. Not only can you do it now in Spanish, but also with all the content and optimization in terms of the balance of the game that Grinding Gear Games has been providing throughout these years. Do you need any more excuse to give Path of Exile a chance? Well if you have an Xbox One X at home there is another: because it is also one of the best games for the new console.

Path Of Exile Has Even Proved A Success Among Spectators

Path of Exile is a free-to-play, Path of Exile is completely free and does not sell items or consumables that provide competitive advantage over other players. Grinding Gear Games, the company has spent the past four years updating the online world of Path of Exile, which is currently played by millions of people worldwide. The game has now been released on Xbox One consoles globally, giving access to a further 50 million potential players. You can be allowed to find more news from professional website like U4GM.

Compared Both POE And D3: Path Of Exile Seems To Take The Crown Here

Path of Exile is a huge game to try and comprehend. Path of Exile's core combat will never be as satisfying as Diablo 3's. It's slower and lacks the same kinetic energy as monsters ragdoll and the environment crumbles from your attacks. Path of Exile provides a much more captivating and difficult challenge, and has a wealth of diversity when it comes to builds. More details and news can be found here: https://www.u4gm.com/path-of-exile.